Well, this is sure a different update than most weeks. Like most of the rest of you, we’ve been busy over the last couple of days preparing for Hurricane Irma. She’s currently making landfall south of Naples, which means the worst-case scenario for southwest Georgia is off the table. However, our luck is south Florida’s nightmare, and we’re hoping everyone stays safe through it.

Though hoping for the best, we are preparing for power outages. Those happen somewhat regularly in our area, even without tropical storm force winds. So, our aim was to prepare for four days without power, though realistically we have enough supplies for many more than that. Here’s a look at our storm preparations. 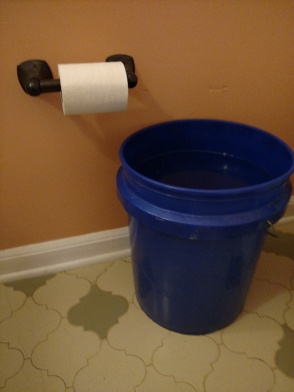 We have gas ranges, gas and charcoal grills, and a fish cooker, so cooking should not be an issue. Nonetheless, we stocked up on bread, peanut butter and jelly, fruit, and some high-calorie goodies like brownies, cookies, and even some candy. Hurricane comfort food! We’ve also precooked several meals for easy/no prep food should we be needing dinner in the dark. To keep all this food edible, we’ve loaded up our freezers with ice, filled fridges with containers of water for additional thermal mass, and turned the appliances to their coldest setting so they are as cold as possible when power goes out.

All vehicles, including that of a Tampa area relative/evacuee, have been parked out in the open, away from falling trees/limbs. We have some extra gas and diesel on hand to be able to do the inevitable storm cleanup. 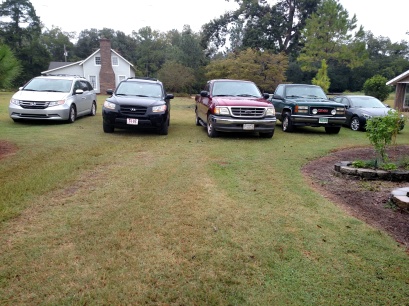 Vehicles are staged in a safe place

Gas and diesel stand at the ready

Anything that could blow away was laid on its side or moved indoors. Doors and gates were boarded, blocked, or propped up to keep them securely closed in the face of high winds. A leaky door was boarded up to keep the weather out.

… Or propped to keep them closed 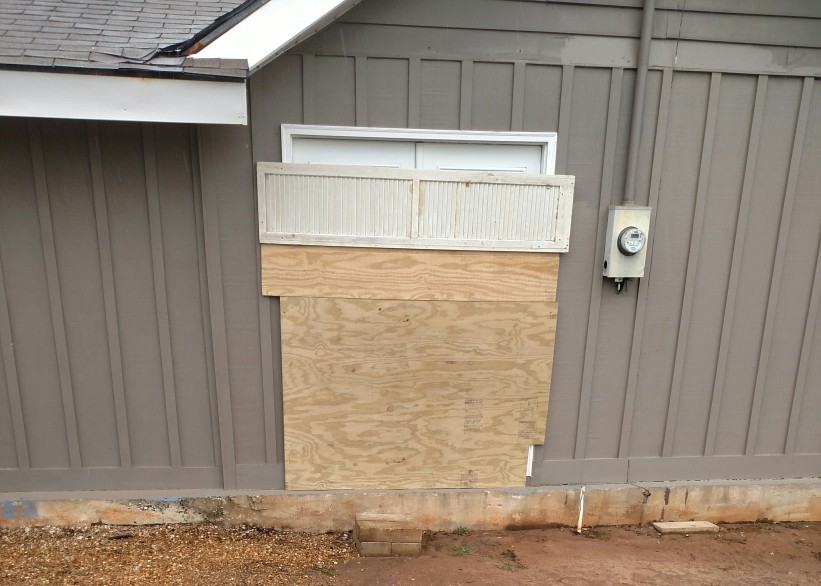 Leaky French doors were boarded up

There’s no telling how the greenhouse will fare; it’s probably our most vulnerable structure. We let the sides down, set the plants on the floor, turned the tables on their side, and blocked the door shut for added strength.

Tables and plants were moved to the greenhouse floor

The chickens have fully stocked feeders and waterers, and were warned that they might be on their own for a day or two. We filled the 85 gallon greens bubbler with water that the chickens can drink if we’re without power for an extended time.

85 gallons of drinking water for the chickens

Not minding the weather at all, so far

Even though we hated to do it, we pulled up several eggplant and pepper plants, and trimmed the rest back pretty severely. This should reduce the amount of wind damage they sustain, though they may end up flattened regardless. 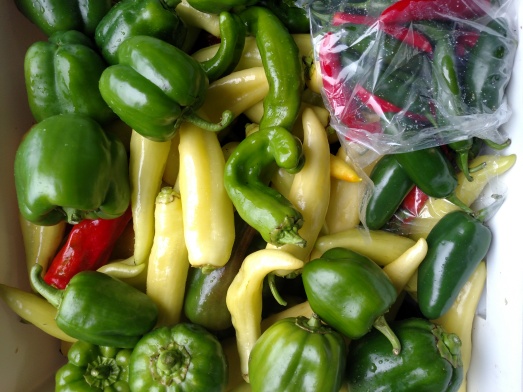 With all that, I think we’re ready. The latest update from the National Hurricane Center downgraded Irma to a category 2, which is great news for everyone! We’re still waiting for the worst of our weather, arriving late tonight through tomorrow, but with every update, things are looking better!

Hope you stay safe through it all, and we’ll see you on the other side of the storm!

View all posts by Calamint Farms

There was an error retrieving images from Instagram. An attempt will be remade in a few minutes.