Our weekend work continues to be mainly focused on hurricane cleanup, and farm work is definitely taking a bit of a back seat. Nevertheless, we harvested three new items this week: baby arugula, pea shoots, and Jerusalem artichokes.

Jerusalem artichokes (also known as sunchokes) are one of the more unique vegetables we grow. Also, in spite of the name, one of the few that were originally native right here. Native Americans had them under cultivation at the time Europeans showed up in North America. The edible tubers were taken back to Europe and were widely cultivated there as well.

The Jerusalem artichoke is a good example of how misleading common names can be. For starters, it isn’t an artichoke at all, though real artichokes and Jerusalem artichokes are in the same plant family (the aster/daisy family). But Jerusalem artichokes bear the name because somebody decided they taste a little like their spiny cousins. How the plant acquired an association with Jerusalem is less certain. One possible explanation is that it came about as a corruption of the Italian word for sunflower, girasole. And in fact, they are sunflowers. The Latin name, Helianthus tuberosus, captures the essence of the species much better than either of its common names. It translates to “tuber-bearing sunflower”.

Jerusalem artichokes contain a lot of soluble fiber called inulin, which is good news for diabetics (it doesn’t raise blood sugar levels), but potentially bad news for the rest of us. Because our bodies can’t digest inulin, some people experience some gastric discomfort after eating Jerusalem artichokes. It’s wise to ease this into your diet if it’s new to you. But for those who can eat it without worry, the nutty, sweet flavor of these knobby tubers is worth waiting for each year! 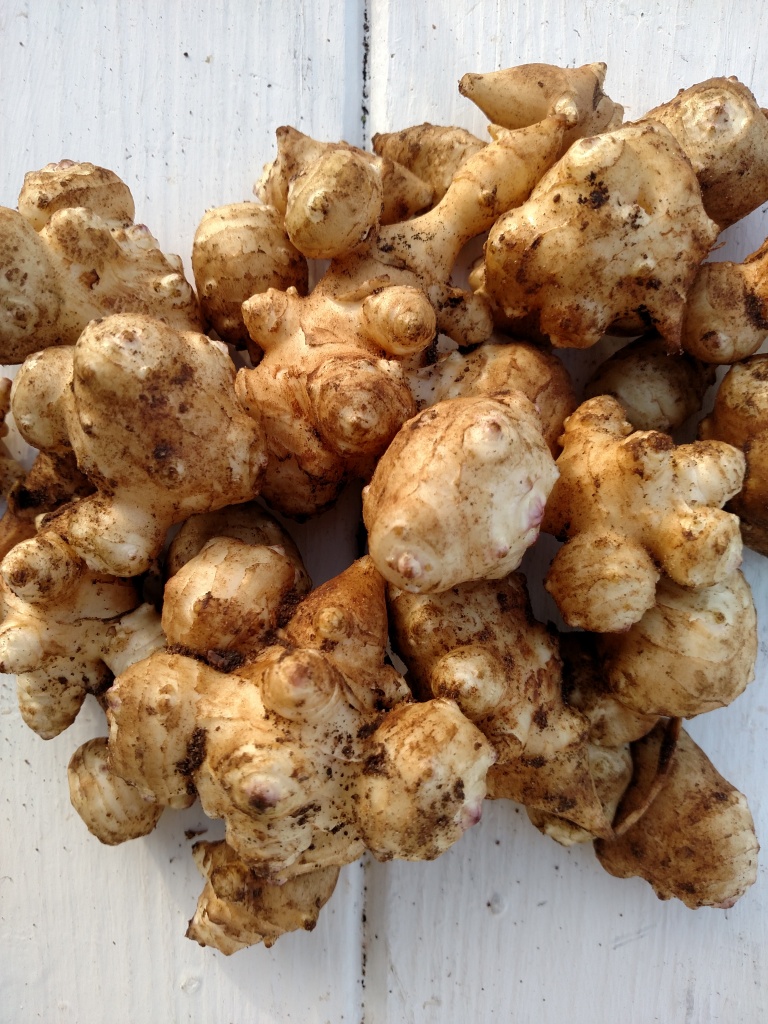 View all posts by Calamint Farms

There was an error retrieving images from Instagram. An attempt will be remade in a few minutes.